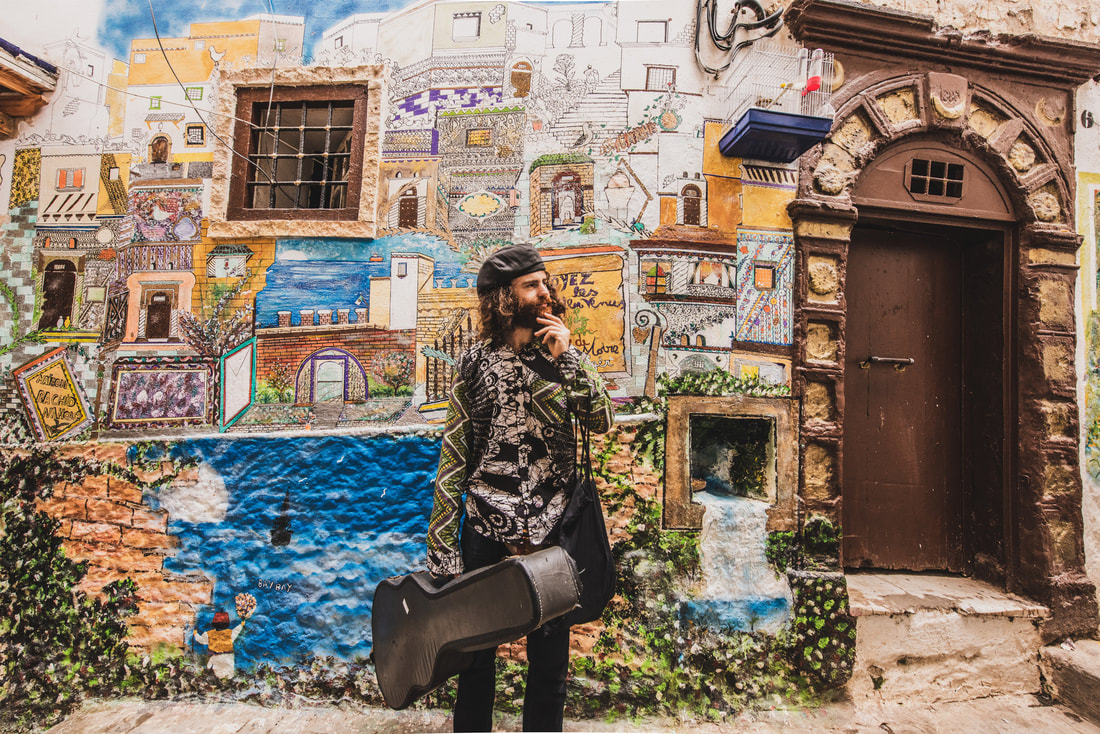 who is worldwide welshman?

Worldwide Welshman is a modern day troubadour coming from North Wales with his with his infectious tunes, multi-lingual musings on modern life, international party classics, funk-rock-jazzed-up welsh folk, and a big red beard.

His band come from all over the place, defying genres & borders to take the audience on an exhilarating musical journey from Wales to China via the rest of the world, uniting hippies and bankers, east and west, joy and melancholy - “we are the Welsh Tapas of pop music.”

The band was formed out of the jamming scene of East London around about 2016, and has since grown into an multi-national flexi-band of jazz, folk & rock musicians, with alternative lineups in Belgium, Germany & Wales, and collaborators from all continents.

Liam & his friends have entertained audiences in many beautiful settings such as community gardens, street parties, squats, living rooms, a floating book shop, a galleon and a river in Belgium, as well as cafes, clubs & festivals.

Worldwide Welshman's first album, "The World Is Like A Crazy Goat," was released as a physical only album in October 2018, and soon after online exculsively on CEGrecords.com and Bandcamp. It has been recorded variously in Betws-Y-Coed, Stradella, Ghent, Algiers, London and Oxford, and features past and present members of the band, and collaborations with musicians he met along the way.

Transglobal troubadour Liam Rickard, aka the Worldwide Welshman, hails from Betws-y-Coed in North Wales and performs a multilingual mix of quirky, upbeat originals and popular folk songs from around the world. He is currently moving between Cardiff, London, and sometimes Ghent & Tubingen, and often on international folk music gatherings.

Available as a solo bearded welsh troubadour,  a four-six piece alt.rock outfit, or, if you're feeling generous, a 20 piece multinational folk orchestra.

Objectives
The band and I aim to create catchy and exciting music to move your hips, intrigue your mind and touch your heart. People & cultures move around the world constantly, mixing and evolving along the way... one focal point for this is London, a global capitol, where we are based. Our bandmembers, from Italy, France, Columbia, Turkey, England & Wales, bring together funk, reggae, rock, folk and jazz to create an exciting, new "world-folk-rock-gypsy-funk" sound.

Infulences
To hear some of my influences, follow me on Deezer.
My main musical influences are my father, jazzy & humourous singer-songwriter Ian S Rickard, of Lancashire, and my maternal grandmother, Granny Bella, of Bessarabia. She is the granddaughter of the accomplished Jewish-Russian-Ukrainian cantor, Yankel "Der Heizeriker" Gottlieb. At sixteen, Granny Bella moved to London from Akkerman (near Odessa), which later became Belgorod-Dnestrovskiy (Бе́лгород-Днестро́вский), escaping the pogroms that virtually wiped out her Jewish-Russian community in what was then Romania (now Ukraine).

Ambition
After finishing some good radio-ready recordings, we hope to follow in the footsteps of the troubadours, Roma gypsy musicians, klezmedin and the modern day globe-trotting buskers, traveling the world, celebrating diversity, making parties, saving the world and spreading peace, love, happiness and catchy tunes (and getting paid for it).

Lo-Fi Jones - a new lo-fi-alt-folk-rock-pop duo from Welsh brothers,Liam & Sion.
Flotsam Sessions - world-folk collective in London run by my friends Maya & Moa, started in 2018. We have monthly workshops in Club Makossa, Dalston, and we recently started performing concerts with the Flotsam Ensemble.